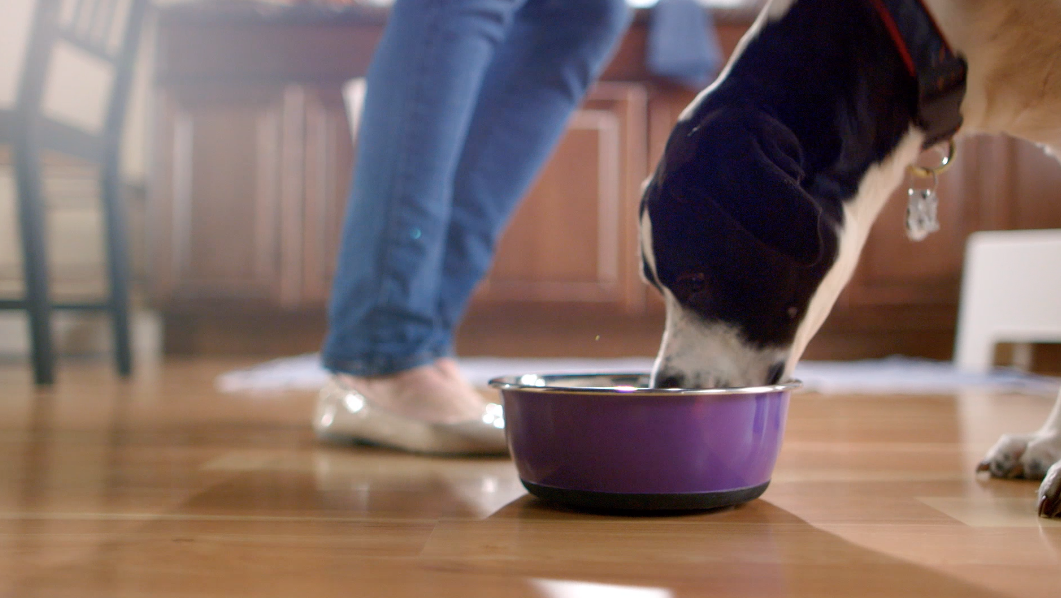 1. Feed dogs smaller meals twice a day. While once-per-day feedings might be more convenient for your schedule, most dogs do best (emotionally and physically!) if they don’t have to go 23 hours on an empty stomach (how would you feel about that?!). A dog’s digestive system does best if he eats twice a day, which is also believed to reduce the risk of the painful and life-threatening condition called “bloat,” which usually affects larger breed dogs.

3. No heavy exercise right before or right after eating. Your dog needs time to adjust to a calm physical state after strenuous exercise so that he can properly digest his food. Just as you wouldn’t sit down to eat right after jogging or dancing, if your dog has been running and playing you should wait to offer food until he has stopped panting and is calmly sitting or lying down.

4. Finding the right food. How do you know if the food you’ve chosen agrees with your dog? If your dog passes excess amounts of gas or has soft stool those could be signs of food that isn’t digesting well – or that he is eating too quickly. If it is the former, you might add some probiotics to the food, or consider changing the food to another brand or recipe to see if the digestive disturbance continues. If your dog is eating too quickly, try one of the wonderful puzzle feeders. Remember that a change of food – especially to a higher quality one with better ingredients – should be done gradually, adding the new food to the existing brand over a few days.

5. Don’t give the dog something you wouldn’t eat. Don’t give the fatty parts of chicken or beef to your dog. They are as unhealthy for her as for you! Rich foods can upset your pet’s stomach, so stick to lean proteins and vegetables as long as they are not swimming in butter or sauce! Remember: just because your dog will eat anything, doesn’t mean she should!