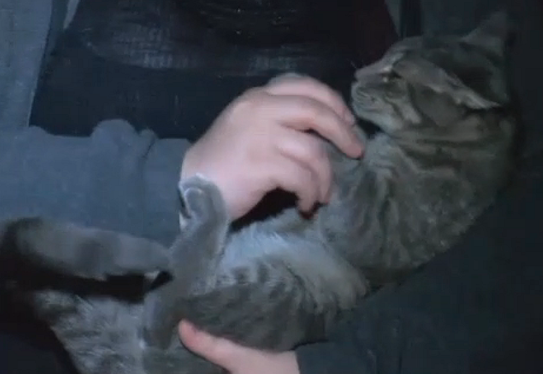 When Alexandra Brown saved a stray cat covered in oil, she never knew that he would return the favor only a few months later. In June 2016, she found a tabby cat in Bowling Green covered in oil and obviously in need of help. She brought the cat home to her family of five and begged to be allowed to keep him. Her kind-hearted family agreed and the cat earned a home, a collar, and the name Freddie after the Bowling Green State University mascot.

According to Cleveland 19 News, just a few months later, on November 10, Freddie saved the family who saved him. That day Freddie woke up Alexandra’s dad early in the morning, before he usually would have gotten up. Mr. Brown went to the backroom of the house, by the garage, where he goes every morning upon waking up.

Read the complete story of how Freddie saved his family from fire.