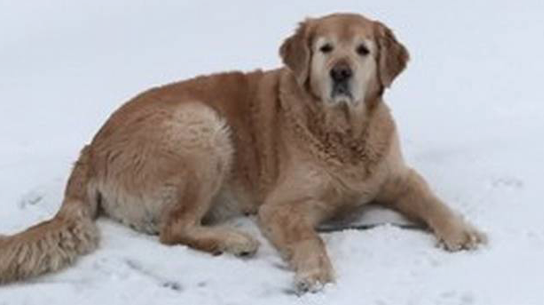 Playing in the snow can be an idyllic activity for a family. Building a snow fort with your son and his friend while your golden retriever frolics in the powder sounds like a dream, right? Well, for one man in Nova Scotia, that dream turned into a nightmare until the family dog came to their rescue.

According to The Globe and Mail, 13-year-old Ben Bayers and his friend, Adam Inch, were building a snow fort with Steve, Ben’s dad on February 18, 2017. Suddenly, while the two boys were taking a break inside the fort, laughter turned to near tragedy. Steve told reporters that “everybody was laughing and having a great time. And then the lights went out.”

The fort had collapsed on top of Steve, Ben, and Adam. Steve said that he could hear the boys screaming just a few feet from him, but that he was unable to move due to how heavy the snow was. Steve told the two teenagers to keep breathing and to try not to panic.