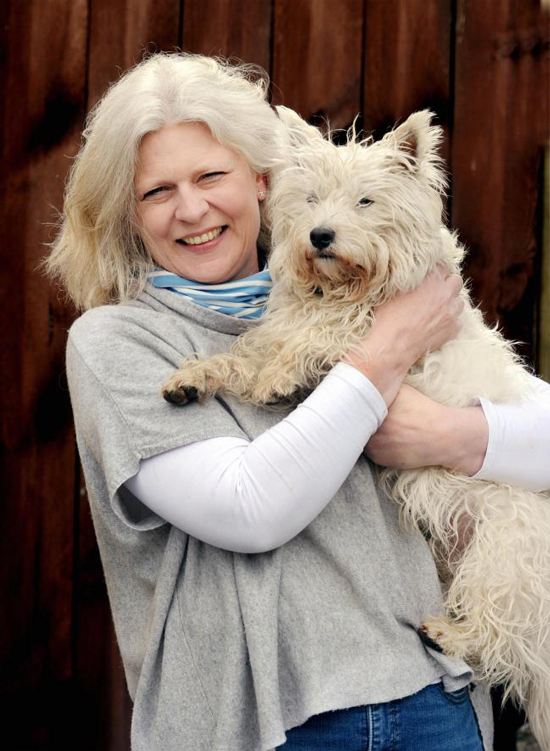 Often when people walk their dogs, they’re in a hurry and wish that their dogs were a little bit less interested in everything off the path. Sara Wilce isn’t one of those people. She’s grateful that her dog, Dougal, has a keen interest in his surroundings. Recently the Westie became a hero when, during his morning walk, he spotted an elderly woman and her dog who had been missing for four days!

According to the Stroud News and Journal, Hazel Denham had last been seen at 1:20 the previous Tuesday afternoon as she headed out to walk her Poodle-Yorkshire Terrier mix, Bertie. Her husband, Richard Denham, reported her missing at 5:17 that evening when she and Bertie still hadn’t returned home. Richard is 85 and his wife is 71 with mild dementia. The Denhams live in Minchinhampton, an ancient hilltop town in the Cotswolds of England. When people learned that Hazel was missing, the community sprang into action. Volunteers and professionals with a number of agencies and services coordinated searching for the woman. Police officers and other officials gave out maps of areas where people should search. The National Police Air Service used thermal-imaging cameras to look for signs of Hazel and Bertie. The Search & Rescue Dog Association (SARDA) South Wales also participated in the search.