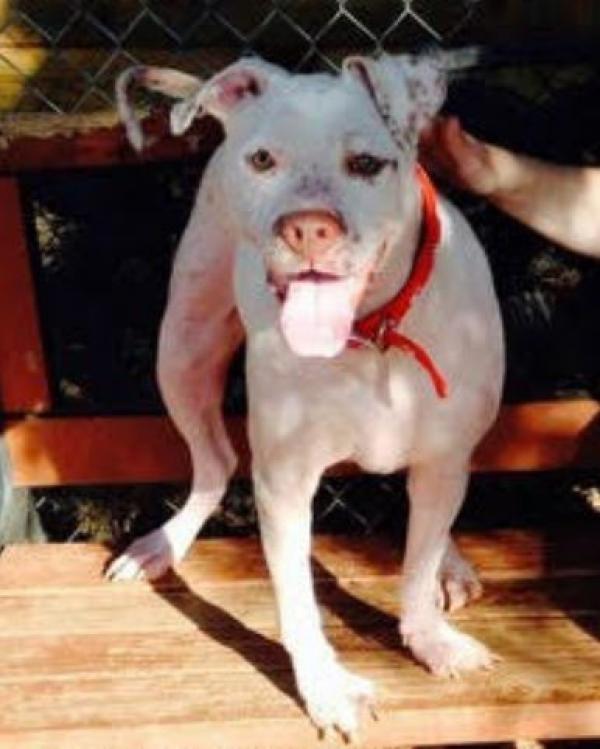 The shelter decided to name the puppy Bellatrix and give her a second chance. It quickly became obvious that Bellatrix had a severe case of mange. Vicki shared that Bellatrix’s “skin was raw and bleeding” from the condition on the day she arrived at the humane society. Sadly, the shelter is used to helping animals with problems. Vicki elaborated, “We get many dogs who are in bad physical condition. Between living hard lives with poor nutrition and parasites, they need extra help to recover.” According to their Facebook page, the volunteer organization works to rehome abandoned cats, dogs, kittens, and puppies. The Humane Society of Forsyth County was ready to help Bellatrix. A foster home stepped forward to care for Bellatrix as she started her recovery. While there, according to Vicki, Bellatrix “was loving and accepting of their dogs [and] all people.” Plus, Bellatrix “took her treatments with grace and patience.” Despite the discomfort she was feeling, Bellatrix “never acted out during the process,” from what Vicki told us.

To add to Bellatrix’s good fortune in ending up at the Humane Society of Forsyth County, through Freekibble.com the group had recently received a donation of Halo pet food. Vicki also told us that in addition to her treatments, “Halo’s great nutrition” was a big part of why Bellatrix “recovered quickly and grew to be a magnificent dog.” Since then, Vicki shared that “Bellatrix has grown into a beautiful adult and her loving personality has never changed.” Bellaltrix has been adopted and lives in a loving forever home. We have to agree with Vicki that Bellatrix is “proof positive in the resilience of animals.”