Dog Runs Away Back to Doggie Daycare 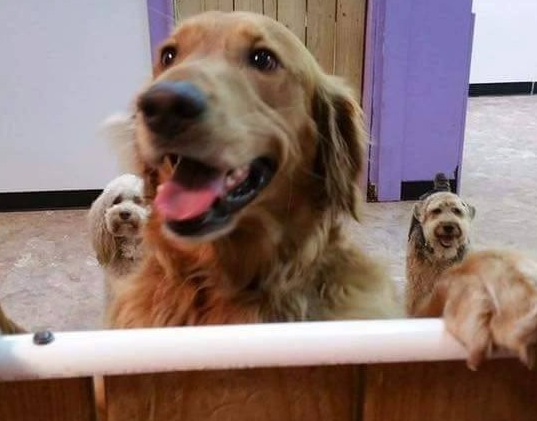 Lots of dogs love to go to Doggy Daycare. One dog, however, loves daycare so much that he ran away from home to go visit his friends there!

According to CNN, Riley the golden retriever and his owner were out for a drive one morning when they drove past a group of dogs from the daycare he attends. Riley was excited and happy to see them, reports his owner, Tonia Mosteller. “Riley was crying because he loves to play, he loves happy dogs,” Mosteller told CNN.

But the two went on their way, with Riley whining the whole way home.

Mosteller thought that was the end of it but Riley had other plans. A short time later, Riley was playing in the backyard and decided to take matters into his own paws.

Read the rest of Riley’s trip to Doggie Daycare.