False Confidence about Microchipping a Pet – Some Scary Truths 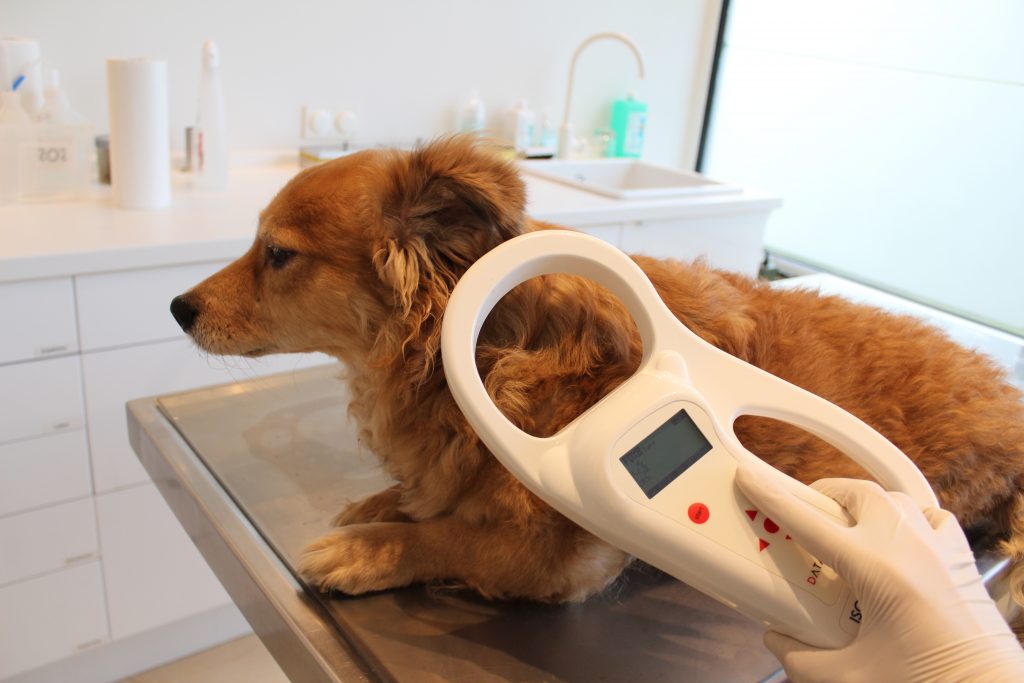 In an article last month in The New York Times, the columnist pointed out that by law city shelters and pet stores are required to microchip animals before selling them or releasing them for adoption. The author mentioned that the chip should be registered, but the “rest of that story” is where the slippery slope begins.

As the author of THE DOG BIBLE: Everything Your Dog Wants You to Know, and host of the NPR radio show Dog Talk (and Kitties Too!), among other pet shows on the Radio Pet Lady Network, I often field questions about microchipping as a way to safeguard a pet. To that end, I would like to point out a few misconceptions about the practice so that pet owners can remedy these “black hole” areas they don’t actually know exist!

In my experience, microchipping provides a false sense of security for pet owners. People are told their dog or cat has a microchip and they think “Great” and don’t stop to imagine all the ways in which that chip is not the answer to reuniting them with a lost animal.

What are the Pitfalls of a Microchip?
A microchip is a tiny electronic device (the size of a grain of rice) which is injected under the skin between the shoulder blades through a special needle. The fundamental problem with chips is that different companies manufacture microchips and each has its own database that links the chip number to the owner. The scanners used by veterinarians and shelters operate on various frequencies and one company’s chip might not be readable by a scanner from another company (the differences in microchip frequencies have led to lawsuits).

Another potential downfall of microchipping is that if you travel with your pet outside of the country and need to be aware that many U.S. scanners operate on a different frequencies than those in other countries.

Who Finds A Lost Pet and Has a Scanner Handy?
Equally challenging is who finds your pet. If an animal control officer finds him/her, the shelter may not have scanners compatible with the brand of chip in your pet: an unreadable chip is clearly useless. The Shelter staff may be gone at the hour the pet comes in so there’s no one to use a scanner anyway. If a good Samaritan finds your pet, that person obviously does not have a scanner of any kind so the chip remains “invisible,” whereas a collar tag gives immediate contact information and an attempt could be made to reach you.

Adopting a Pet with a Chip Gives You No Automatic Safeguard
When you adopt a dog or cat, s/he may have a microchip but no personal information has been assigned to you, which is not something often considered in the excitement of re-homing a pet. Rarely are adopters told to immediately contact the chip company and give their own contact information. In fact, if you adopt a relinquished pet from a rescue/foster group, the previous owner’s information may still be on record with the company, making it a near certainty that you will not be found if that pet is lost.

As a new owner you probably do not know that microchip companies charge a registration fee, which they need to pay in order to transfer the pet to their name. There are also annual fees which come due without a reminder. If the fee is not paid, the pet’s information is not available, rendering the microchip useless.

Even in a best-case scenario, microchips can present physical problems. Matted hair, body fat, the possible migration of the chip to elsewhere in the body or even a metal collar may impede scanning of the chip.

Buying a Puppy with a Microchip is Another Illusion of Safety
If you buy a puppy from a breeder who implants chips in puppies before releasing them to their homes, “operator error” [especially in a large litter] may result in assigning the wrong number to your puppy on your paperwork. That happened to me when another purchaser from the same litter had already registered my puppy’s number as their own. Try to unravel that tangled mess! If you purchase from a pet store (because you don’t know any better) and are told the puppy is chipped, there is an even greater chance that the chip in your puppy (if there even is one) is not the number on your purchase document since puppies from pet stores are procured from puppy mills far and wide and the management and handling of those litters by volume breeders and the middle men who ship them is often questionable.

One of the most important things to do with a newly acquired pet is to go to your veterinarian for an immediate wellness visit, during which you should also have him/her double-check the microchip number. You can also ask your vet to scan your pet at your yearly visit to make sure the chip is functioning properly.

A Collar with a Tag is Your Basic Measure of Protection
A traditional collar ID is still the most reliable, tangible method for someone who finds your pet to reunite him/her with you. That being said, if you have a vacation home you must have that contact information on an additional tag that the pet wears at all times. And put at least two phone numbers on there to maximize the chance of reaching you in an emergency.

Despite all this naysaying, a microchip can be an excellent extra measure of protection since a physical collar can fall off or be removed. A “belt and suspenders” kind of back up to an old-fashioned collar and up to date I.D. tag.