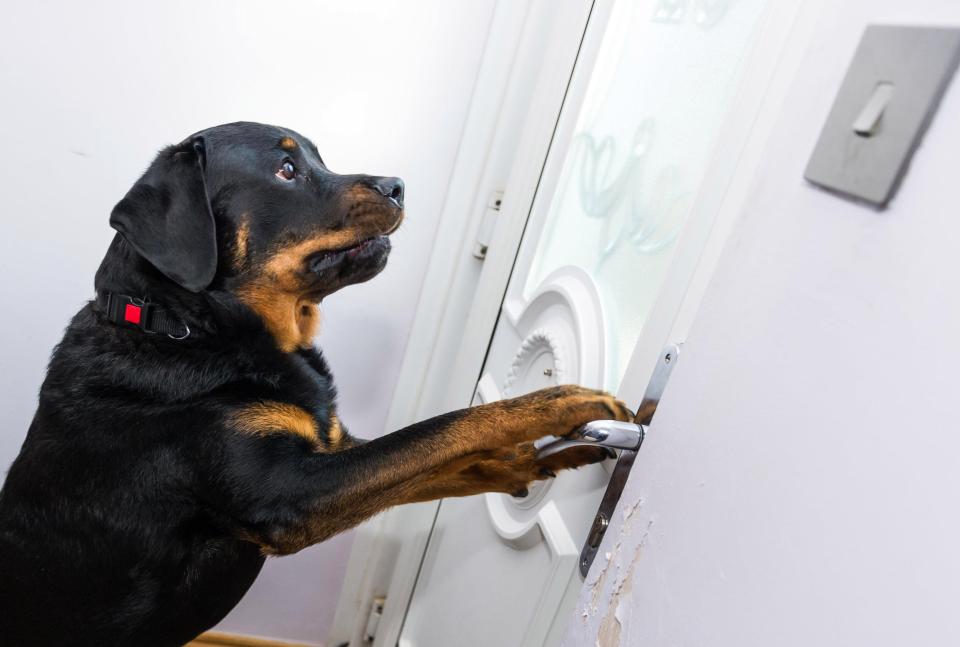 Gary Gregory managed to call emergency services when he felt unwell the day after having a medical procedure. Unfortunately, he wasn’t able to get to his door to unlock it before he passed out. Thankfully, his Rottweiler, Megan, came to the rescue.

According to Metro, 32-year-old Gary had passed out from internal bleeding from a tear that had occurred during the medical procedure. He was unconscious on the floor of his home in Suffolk, England when paramedics showed up. However, the paramedics were initially unable to enter Gary’s home. Thankfully Megan went to the door and began bouncing up and down – managing to unlock the door!

“By letting the paramedics in, they were able to work on me. Without her, it would have been a different story,” said Gary. The paramedics found that Megan and Gary’s two other dogs had apparently been licking Gary’s face, trying to wake him up. Gary told reporters “There’s no doubt about it, Megan saved my life.”