Training Your Dog With A New Homemade Toy 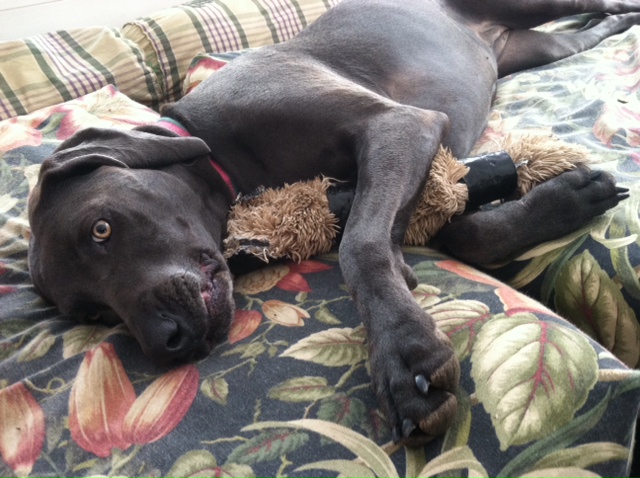 Dog toys can cost big bucks, reason enough to make your own.

In my house, the favorite toy for chasing, tugging, gnawing—and even to cart around as a security blanket—is the Towel Burrito.

These are my own invention, and I got the idea when I was reading about working dogs who sniff out bombs and drugs. Their reward for a “find” is to play for a few minutes with a towel rolled up like a burrito. So I figured that if it was enough praise for those hardworking dogs, the towel was probably attractive to all dogs.

To make one, take any hand towel (or an old bath towel that you’ve cut up) and roll it into a sausage. You can also use a bathmat. Secure with duct tape, wrapping it a couple of times around the middle and about three inches in from the ends.

If your dog is a heavy chewer, and tends to ingest his toys, the Towel Burrito is not the right fit.

My dogs chew off pieces (easy to add more tape), but they don’t swallow any.

It’s a great toy, also, for mouthy dogs who instigate play by chomping. Subvert the behavior by giving them a Towel Burrito—to go!

One thought on “Training Your Dog With A New Homemade Toy”