Pork Bone Treats Are No Treat for Pups 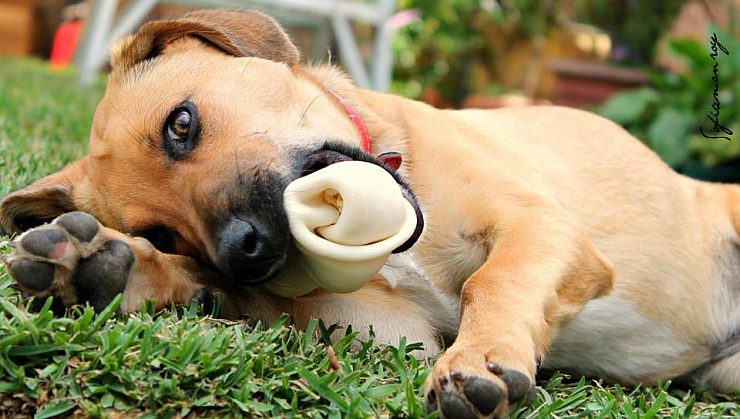 The U.S. Food and Drug Administration has issued a warning on “bone treats” for dogs, having recently received more than 70 reports of illnesses in dogs who ingested the “bone treats” derived from pigs.

“A variety of commercially – available bone treats for dogs — including treats described as ‘Ham Bones,’ ‘Pork Femur Bones,’ ‘Rib Bones,’ and ‘Smokey Knuckle Bones’ — were listed in the reports,” FDA said in a statement. “The products may be dried through a smoking process or by baking, and may contain other ingredients such as preservatives, seasonings, and smoke flavorings.”

Illnesses reported to FDA by owners and veterinarians in dogs that have eaten bone treats have included:

The reports, sent in by pet owners and veterinarians, involved about 90 dogs. (Some reports included more than one dog).

In addition, FDA received seven reports of product problems, such as moldy-appearing bones, or bone treats splintering when chewed by the pet.

“Giving your dog a bone treat might lead to an unexpected trip to your veterinarian, a possible emergency surgery, or even death for your pet,” said Carmela Stamper, a veterinarian in the Center for Veterinary Medicine at the FDA.

My book THE DOG BIBLE: Everything Your Dog Wants You to Know” covers the topic of what sort of bones can be safely given to dogs, who, in any case should always be watched by a human when chewing on any sort of bone or rawhide. This recent spate of highly worrisome reactions to a category of dog bone is a good reminder of how a good intention by a pet parent can go horribly wrong.

If you want to tire your dog out and at the same time stimulate her mentally and make a deeper connection with her, instead of giving her a bone I recommend a daily 5 minute fun tricks and training session, using a high value treat (like Halo Liv-a-Little proteins) for positive reinforcement. The mental challenge and bonding your dog will have with you has a lot more value to her than gnawing on some old bone!