How To Protect Paws on Icy Sidewalks 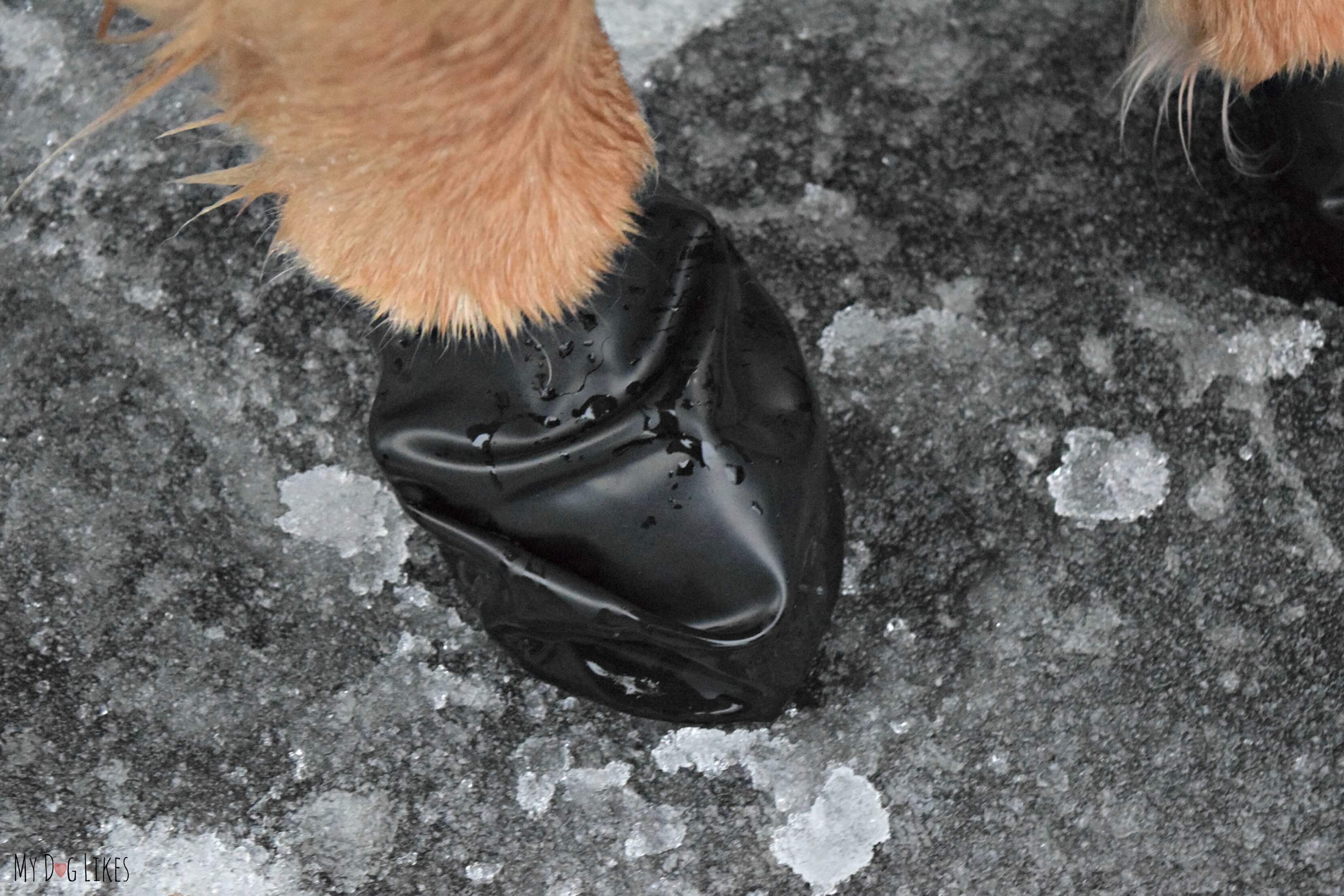 With an extended cold wave across the Northeast and other parts of the country, dogs have their own particular challenges when going outside. A recent New York Times article on the subject called “Don’t Make Me Go Out There” with some fun photos – described how city dogs have the added burden of dealing with the ice-melting substances sprinkled on sidewalks. When it’s really cold underfoot, you’ll see even country dogs hold up their paws after only a few minutes outside because the frozen ground is that painful. Beyond that, de-icers pose a health challenge to city-dwelling dogs.

De-Icing Materials Can Hurt
Some big buildings use chemical de-icers on their front pavement, substances which are good at removing the ice (and the possibility of a lawsuit from pedestrians who might otherwise slip and fall), however they are not pet-friendly. Many of them contain ethylene glycol – the antifreeze liquid, which is known to be fatal to dogs who lick it up.  Some urban buildings use rock salt, which has rough edges that can cut a dog’s paws and also cause a burning sensation.  In both cases, contact with your dog’s paws is painful – and then if she licks her paws back at home, she can get sick from swallowing either one.

Blue Pellets Are the Dog Safe Ice-Melter
If you’re able to see the residue of any ice-melting substances on the melted sidewalk, look for salt that has a bluish tint. This paw-safe de-icing substance is one of the ways to de-ice the sidewalk, while keeping dogs safe.  If you live in an apartment building, try to convince the powers-that-be to switch to this dog-friendly product, which usually contains propylene glycol, (rather than the potentially deadly ethylene glycol).  It can be costlier than the other chemicals de-icers but your dog (and those in the neighborhood) will thank you for lobbying for it!