All Aboard: The Ark Arrives at JFK Airport 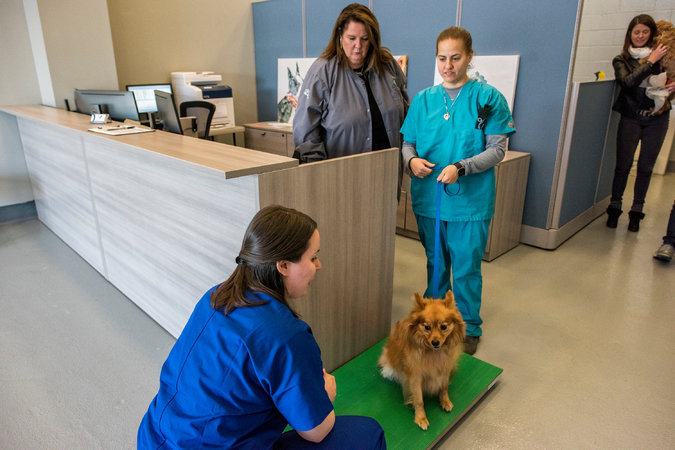 Jet-setting pets have a new travel retreat in the Ark at JFK—an 80,000 square-foot facility that houses an animal resort, a veterinary hospital, and an equine center.

A recent article in The New York Times details the Ark’s offerings, including accommodations for dogs, cats, birds, fish, horses and other animals while they are in transit.

Pets can be left by owners before they fly, and staff members will groom, feed, water, walk, play with and then transport pets to the plane. Some animals (such as horses) that require a period of quarantine when entering the United States now have a posh place to chill. The equine import center has 23 stalls with nonslip flooring and high-end hay.

On hand, a veterinarian hospital managed by the Cornell University College of Veterinary Medicine will oversee animal care and disease prevention.

The resort, “Paradise 4 Paws,” at the Ark has 130 spots for dogs, including a “Top Dog Suite,” which has a full-size bed, a 32-inch flat-screen TV and a 24-hour webcam, so owners can monitor their dog’s well-being.

Good news for traveling pets and their people: With all the travel I’m about to do for the NY Dog Film Festival, I may have to make a puppy stop at the Ark!

One thought on “All Aboard: The Ark Arrives at JFK Airport”