What Can We Learn from the Puppy Who Died on United Airlines? 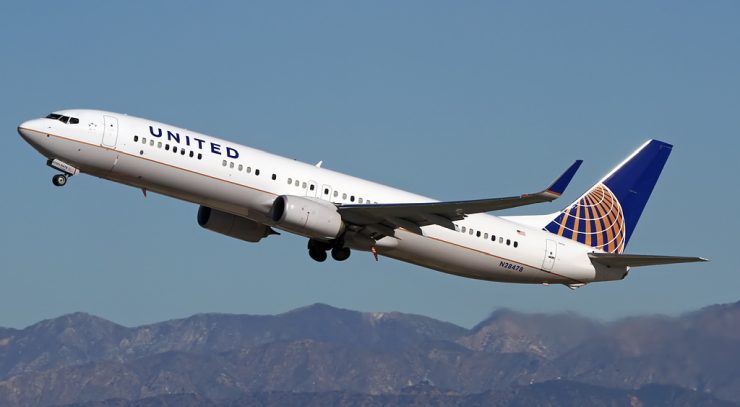 There are a lot of people who – when they learned about a puppy who died in an overhead luggage bin on a United Airlines flight last week – were filled with moral outrage against the airline. They went ballistic, telling everyone on social media that they were going to boycott United Airlines and so should everyone else to “send a message.”

What message would that be?

What could possibly be achieved by boycotting United Airlines?
An airline company did not cause the death of a puppy.

United Airlines is a huge company that (safely) puts thousands of flights in the air every week, with tens of thousands of employees helping to make that happen. United Airlines policy allowed that dog in the passenger cabin in a TSA-approved carry bag, intended to be placed under the seat in front of the woman traveling with her 11-year-old daughter and infant, flying back to New York’s LaGuardia Airport from Houston.

I think this indignation against the airline is entirely misdirected.

Why are people so quick to jump to the conclusion that an airline company would knowingly do anything to harm a pet – and should be punished? [Why would United Airlines ever want to be dealing with another public relations nightmare – not so long after Marshalls forcibly dragged a human passenger down the aisle of another United flight?]

This traveling puppy was allowed into the passenger cabin according to United’s own rules. He was traveling legitimately – in a TSA-approved bag with a paid fee. He was traveling with the same owner who had already flown the first leg of a round trip journey – with that same dog, in the same bag, on the same airline. So what went wrong this time that caused the death of that puppy? And what can we all learn as a take-away moral to the story so this kind of debacle doesn’t happen again?

The story that circulated in the New York Times and all over the country – in print and on television – was that a flight attendant told the owner of a carry bag – that wasn’t fitting fully under the seat in front of her – that she had to put the bag up in an overhead bin before takeoff. The owner later said she explained there was a dog in the bag, but regardless, the flight attendant still said it had to go in the overhead bin. The flight attendant later claimed not to have understood there was a dog in the bag.

Obviously, an overhead bin was never intended for anything but inanimate carry-on bags, It would be unimaginable that a crew member – even if rushed, distracted, overworked or thoughtless – would send a puppy to its certain death by locking it into what would become an airless tomb. Who doesn’t love puppies, after all? Would anybody knowingly suffocate a little dog for convenience?

But we have to wonder why the owner didn’t repeat herself – refuse to have the dog put up there? She’d already flown successfully with the dog in that bag underneath a seat with the dog to Houston – so she knew how it worked when it went right.

Let’s say she was frazzled traveling with two children. Let’s say she didn’t’ make herself clear enough to the flight attendant

Let’s even say she was a timid person, afraid of making a scene.

What about everybody else sitting around her? Several passengers later reported that the crew member insisted on putting the dog in the bin despite the fact a dog was in it. But why didn’t any one of them say something? Why didn’t someone stand up on behalf of the dog and the traveling family? Why did everyone wait until after the tragedy to acknowledge they saw it unfolding and did nothing?

Shouldn’t the moral outrage in this story be directed at bystanders who stood by and said and did nothing while obvious harm was being done to a puppy?

All it takes is for one good person to remain silent for something terrible to take place. And each person who remained silent on that flight – expressing their horror and outrage later – surely has some responsibility in the foreseeable tragedy.

After the flight, several fellow passengers said the dog barked for two hours of the three and a half hour flight. And then it fell silent. Without air circulation, a frightened, barking dog would have consumed whatever small amount of oxygen was in there. How many people had to sit listening to the plaintive barking of a trapped dog for two hours and do nothing?

Why didn’t one person stand up and say “Take that dog out of there?”  Why didn’t other people join that one voice of reason and say, “Take the dog out of a luggage bin. ”Why didn’t they react when the dog barked itself to death during the flight – only to express outrage on social media once they got home?

It’s a terrible tragedy that a number of otherwise presumably intelligent people allowed a young puppy to be locked inside an airless overhead bin. But why direct moral indignation at a faceless airline company as though it were the villain?

Maybe after this traumatic death we can think about how we might someday find ourselves in a position to do the “right thing” – and that’s an opportunity we should never avoid. It only takes one righteous person to speak up in order to galvanize a whole crowd of people to resist the “wrong thing.”