Hot Dogs in Hot Cars in Hot Summer – DON’T DO IT! 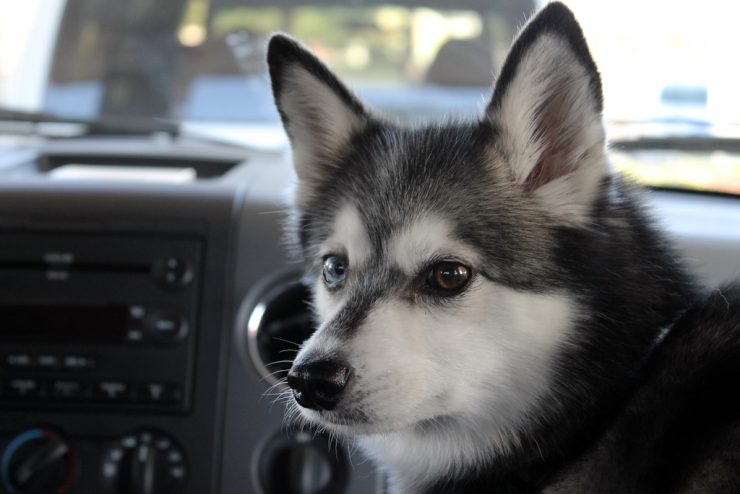 A Good Samaritan tried to save two dogs who were locked in a boiling hot car – with the windows up (which in any case makes no difference to the internal temperature of the car anyway, as you will see if you read all the way to the end).  Richard Hill was in a parking lot in the Cleveland suburb of Parma when he saw the dogs locked inside a car and grabbed a hammer from his van to break the car window, explaining that he had called 911 but “didn’t know how long it would take them to respond.” The police charged him with “criminal damaging” – their focus and concern being for the car, as was the dogs’ owner, based on her comments. Hill said he didn’t know how long it would take for police to arrive to the scene. “I would do it again in a heartbeat,” he said, and plans to fight the charge in court.

Inexcusable Ignorance
While we certainly cannot condone damaging someone’s property, neither can we accept the astounding ignorance of both the local police and the owner in not comprehending the life-threatening harm and extreme physical suffering that she caused to her other “property” – namely her little dogs.

The owner was concerned about the window of her fancy car, and the police seemed to have no idea how gruesomely hot the inside of that car became. She told the local television station afterward that she “loves her dogs and would never put them in danger” and had “only gone into a store for about 15 minutes.” She also complained that she “can no longer drive her brand new 2018 Audi” because of the broken passenger window. It leaves me speechless that this did not trigger animal protection statutes regarding abuse and neglect – but a man is being charged for harm to an inanimate piece of glass.

The charts and statements below should inform a public situation in which there is any doubt about how egregious this owner’s error was, when she locked her dogs in the car and went inside a store for about 15 minutes. If you put the terms “”dogs” and “hot car” into a search engine, the top twenty hits you will get are entirely devoted to the topic of the horrors of dogs and children being locked in cars, causing the tragic death of many of them every year. Websites with names like HeatKills.org. This is not a topic for debate or equivocation.

How Hot is it Inside a Car at 78 degrees Outside?
The outside temperature that day in Ohio was 78, according to police, who did not charge the owner with any crime. Within 10 minutes (as the chart below from the American Veterinary Medical Association will attest) the internal temperature of that car would have climbed to 99 degrees. By 20 minutes, it would have registered 109 degrees. Keep in mind that dogs have no way to cool themselves except by panting – which in this case would only have raised the temperature and their suffering.

The Police Found the Good Samaritan at Fault
Local Police Sgt. Dan Ciryak was quoted as saying that he “he doesn’t know why Hill had such a sense of urgency.”   Since the inside of that car was easily 109 degrees – and this is common knowledge available to everyone – one wonders whether the police force might not consider training in public safety issues?  What if it had been a human child left in a car that was 109 degrees? Would they have been as blase?

Here’s the whole article from the Columbus Dispatch.

And here’s the “takeaway” wisdom we all can benefit from:

This chart should make it irrefutably clear that the owner had caused her dogs pain and put their lives in jeopardy, the police apparently had no comprehension of this fact. The man facing charges did something injurious to himself, facing legal consequences, but for the right reasons.

“Children have died in cars with the temperature as low as 63 degrees. Basically the car becomes a greenhouse. At 70 degrees on a sunny day, after a half hour, the temperature inside a car is 104 degrees. After an hour, it can reach 113 degrees.” Jan Null, adjunct professor at San Francisco State University (source data here)

When temperatures outside range from 80 degrees to 100 degrees, the temperature inside a car parked in direct sunlight can quickly climb to between 130 to 172.  Centers for Disease Control and Prevention

In terms of heat-rise over time, it makes very little difference whether a car’s windows are closed or partially open. In both cases, a car’s interior temperature can rise approximately 40 degrees within one hour, even when the exterior temperature is only 72°F.  American Academy of Pediatrics study (2005)

Even on a relatively cool day, the temperature inside a parked car can quickly spike to life-threatening levels if the sun is out, researchers at the Stanford University School of Medicine have found. They hope their findings will put to rest the misconception that a parked car can be a safe place for a child or pet in mild weather. “There are cases of children dying on days as cool as 70 degrees Fahrenheit,” said lead author Catherine McLaren, MD, clinical instructor in emergency medicine. Though past research has documented the temperature spike inside a car on extremely hot days, this is the first time anyone has looked at cooler days, she added. Stanford University press release: “Parked cars get dangerously hot, even on cool days, Stanford study finds” (2005)

Never leave your pet in a parked car when the outside temperature is above 70 degrees. Not even with the windows partway down, not even in the shade, not even for a quick errand. Dogs and cats can’t sweat like humans, so they pant to lower their body temperature. If they’re inside a car, recycling very hot air, panting gives no relief, and heat stroke can happen quickly. Michael Dix DVM, Medical Director, Best Friends Animal Society

A Definitive Study by Stanford University

STANFORD, Calif. – Even on a relatively cool day, the temperature inside a parked car can quickly spike to life-threatening levels if the sun is out, researchers at the Stanford University School of Medicine have found. They hope their findings will put to rest the misconception that a parked car can be a safe place for a child or pet in mild weather.

“There are cases of children dying on days as cool as 70 degrees Fahrenheit,” said lead author Catherine McLaren, MD, clinical instructor in emergency medicine. Though past research has documented the temperature spike inside a car on extremely hot days, this is the first time anyone has looked at cooler days, she added.

McLaren collaborated with James Quinn, MD, associate professor of emergency medicine, and Jan Null, an independent certified consulting meteorologist, to measure the temperature rise inside a parked car on sunny days with highs ranging from 72 to 96 degrees F. Their results, published in the July issue of the journal Pediatrics, showed that a car’s interior can heat up by an average of 40 degrees F within an hour, regardless of ambient temperature. Eighty percent of the temperature rise occurred within the first half-hour.

“On a cool day, you don’t feel hot so you believe it will be OK,” Quinn said. “But ambient temperature doesn’t matter; it’s whether it’s sunny out.” Much like the sun can warm a greenhouse in winter, it can also warm a parked car on cool days. In both cases, the sun heats up a mass of air trapped under glass.

“Cars get hot, we know this intuitively,” Null said. “But this study tells us that cars get hot very fast.”

McLaren, Quinn and Null hope their work will help educate parents and caretakers about the risk associated with leaving a child or pet in a parked car. Null said a substantial number of caretakers intentionally leave children behind because they mistakenly think conditions are safe.

In such cases, the caretaker sometimes takes certain precautions, such as cracking a window or running the air conditioner prior to parking the car. But the researchers found that such measures are inadequate: a cracked window had an insignificant effect on both the rate of heating and the final temperature after an hour, and the air conditioner trick only delayed the temperature spike by about five minutes.